North Africa is often considered the origin of couscous recipes that made their way around the world. Depending on location the name may vary. Berber know it as Seksu or Kesksu and in Arabic it is Kuskus. In Algeria and Marocco it is known as taam while Tunisia and Lybia know it under Kuseksi and Egypt calls it Kuskusi. The Tuaregs’
name is Keskesu. There is a similarity between the different names.

Couscous accompanies savory stew dishes and sweet dishes alike as well as in fresh summer salads. Savoury recipe examples from western Africa are Maffe and Yassa.
A popular sweet couscous recipe is Thiacry. It serves as a couscous dessert. Tabouli
is a fresh couscous salad that is known far beyond northern Africa where it originates.

Please know we love feedback so either drop "Easy Healthy Recipes For Kids" a line via the Contact Us page.
Comment or review here your experiences and successes with the recipe. Or even share your favorite recipe. 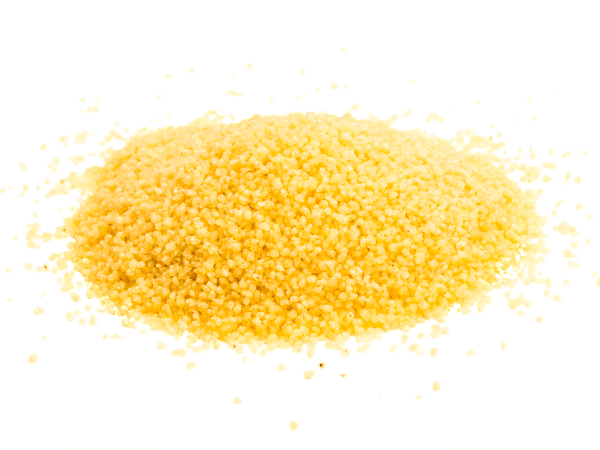 Couscous belongs to the pasta family. Instant couscous that is widely known beyond northern Africa is made from semolina, the coarse and purified middling of durum wheat. More difficult to find is couscous made of roasted brown rice or barley. In Brazil corn flour is used to roll the couscous.

How to cook couscous?

The instant couscous is pre-steamed and dried and therefore less time consuming to prepare than the traditional which is made from scratch. 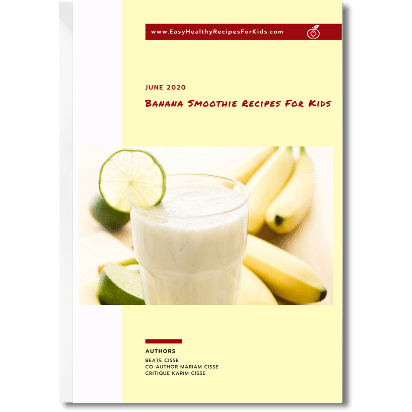 The packet instructions usually say to add 1.5 units of boiling water to 1 unit instant couscous cover it and let it soak for 5 minutes. Then it is stirred with a fork and some oil or butter can be forked under. By its own couscous is as neutral in flavor as any other pasta. To spice it up often some flavor is chosen to add to the boiling
water before soaking the grains.

Some cooks treat the instant variation the same as the traditional one to reach the goal of the biggest possible grains without the grains sticking together and becoming a mushy paste. They use a tool called couscousiere which is a form of colander where the bottom part is used to cook the sauce or stew and the top is used to steam the

couscous. Two to three steaming intervals are performed from anywhere between 20 minutes and 60 minutes. The rest of the time in between is used to let the couscous cool down and to break it up by using the hands, it is sprinkled with salt-water during the first interval and butter or oil after the breaking up on the second interval while rolling the grains through the hands.

Variations depend on the accompanying dish and can consist of mixed under herbs, raisins, or nuts like pistachios or pine nuts.

How to make couscous from scratch?

Mum told me how she watched and tried the art of making millet couscous in a small Senegalese village at the border to Mali and Mauritania. In the early morning hours young woman grind down millet into flour in large mortars, the flour was then used for couscous preparation later on that day. In large bowls of bushel gourds the millet
flour was sprinkled with water and rolled into small balls.

That’s the basic process. It takes patience. To get evenly sized balls sieves are used. The flour is rolled and broken up sprinkled with water and dusted with finer flour until the person preparing it is happy with the result. Later the couscous is steamed broken up and steamed for a second time. Then it really depends on what it is going to be used for. In this case it was used to prepare Thiacry or Chakery which is a sweet couscous recipe. The steamed couscous was added to a mixture of fermented milk and sugar. Since it was Ramadan it was served when the sun went down to break the day’s fastening.

My family has adopted a few couscous recipes. As a couscous dessert we tweaked Thiacry. A fresh summer salad that gained our agreed vote is the Tabouli salad. Among the main dishes are two Senegalese recipes Yassa and Maffe which both are often served with couscous. The couscous accompanying the maffe often gets a sweet fruity hint with some raisins or sultanas mixed through.

What are your preferred couscous recipes to cook? We would love to hear about it.

Build your very own page to inspire others and to receive comments. Up to 4 images to go with your recipe and instructions will invite cooks to try and comment.

There are some pictures of traditional kitchen utensils used on my pinterest board.

Do Share Your Recipe Variation Or Your Favorite One?