“No real evidence exists to support a link between fluoridated drinking water and any negative health effect” is what the Ministry of Health alleges. Yet they acknowledge that there have been claims of fluoridated water being responsible for altering immune function, AIDS, genetic damage, Down’s Syndrome, Alzheimer’s disease, producing allergic reactions, causing or contributing to heart disease, inhibiting the activity of enzymes in humans, having neurological impact, hip fractures, lower birth rates and harming kidneys. 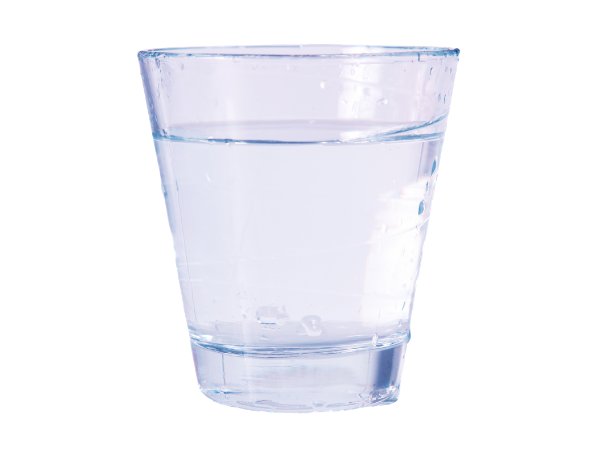 These illnesses are not solely caused by excess fluoride ingestion and it is therefore hard to prove fluorides involvement. However just acknowledging the connection between fluoridated drinking water and these illnesses should be cause for thorough investigation. By publishing this statement the Ministry of Health is also ignoring the undeniable evidence from India were excess fluoride levels in ground water did cause severe negative health effects, including blindness and skeletal fluorosis. This occurred on a large scale with 17 of India’s 32 states being affected. Because the ministry of health is a trusted government voice, the statement that there are no health effects associated with the consumption of fluoride has been made available to the wider public. Yet through research, the knowledge that this statement is not true has been acquired by the minority, whose voice is not as loud as the authority who is promoting fluoridated drinking water.

Where does fluoride originate from?

To examine what evidence there is to prove that fluoride is harmful and ineffective it is important to first consider its source. Fluoride is present naturally, in varying quantities, in ground water all around the world. Therefore we must ask ourselves, where does the fluoride currently in our water originate from, if not present naturally and not of a natural source. Dr Connett who has been promoting anti fluoridation to great effect in NZ and who is recognized worldwide as a leader in the anti-fluoride movement, states that the chemicals used in fluoridated drinking water are not of pharmaceutical grade. As backed by Paul Connett, PhD and other scientists including James Beck, MD, PhD | H.S Micklem, Dphil; the event of Florida passing laws restricting air emissions in the 1960’s as fluorine (silicon tetraflouride and hydrogen fluoride) from the phosphate industry had begun to harm citrus trees and cause fluorosis in cattle made the phosphate fertilizer industry rethink their disposal techniques. Now “fluoride emissions are scrubbed from the stack and are either recovered to make fluorosilicic acid, which can be sold for uses such as water fluoridation”. The low cost and reduced air pollution drives the industry to use this disposal method. Communities are effectively drinking a toxic fluoride concoction made up of a co-product from the phosphate fertiliser industry. The successful disposal of hazardous waste, by adding it to drinking water in reduced amounts that will not do immediate damage, seems the only viable reason for fluoridation. Asbestos, lead, PCBs, DDT all hazardous substances which were once deemed “safe and effective” and have now been banned due to education. Yet fluoride remains untouched.

The reasons and evidence as to why we should not have fluoride in our drinking water far outweigh the arguments presented to why we should. The alarming side effects fluoride has on the body are not based on conspiracy theories, but rather strong factual evidence which has been extensively researched by doctors and scientists. The ingestion of fluoride has been most widely recognized to lead to dental fluorosis, which caused by excessive amounts of fluoride leads to white spots or streaks forming on the surface of teeth. In severe cases it can lead to brown spots and pitting of the teeth. On the topic of fluoridated drinking water Dr. Mercola writes about the accumulative dangers of fluoride as well as its ineffectiveness. He states that ninety-eight percent of ingested fluoride is absorbed into the blood entering cellular tissues and accumulating in teeth, bones, pineal gland and other tissues such as the aorta. According to Mercola’s article excessive fluoride ingestion leads to symptoms of skeletal fluorosis which can include joint pains and muscle weakness. Other health problems associated with the accumulation of fluoride in the body include hyperactivity and/or lethargy, Arthritis, lowered thyroid function, lowered IQ and dementia and a disrupted immune system. All of these problems can be written off as being caused by different sources and therefore the effects fluoride has can easily be hidden behind other health issues and are therefore not monitored by health professionals. However dental fluorosis only has one cause, fluoride and due to its visibility on the teeth cannot be ignored as easily. Dental fluorosis has however been written off as merely a cosmetic side effect. This suits the government greatly, as they have acknowledged fluorosis but have simply written it off as insignificant and of no further harm to the population. This is where common sense once again comes into play, deep down we all know that for an ingested substance to have a visible affect on the teeth it is most definitely harming other areas of the body which are not as visible.

The most shocking piece of information to date, is that the only effect fluoride could have in reducing tooth decay, is through topical application, not ingestion. Data available online provided by the World Health Organisation (WHO) shows graphical evidence of declining rates of tooth decay in both fluoridated and non-fluoridated countries. Therefore its irrationality and the severity of its side effects call the necessity of fluoridated drinking water into question. Fluoride.org.nz states that “less than 5% of the world population receives fluoridated water” NZ is one of those 5%. If this 95% of the world who do not fluoridate their water supplies had an issue with dental cavities, they may employ fluoride as an option to treat this problem, but as they do not they have no need for fluoride in their water supply and neither does the 5% of the world which still fluoridates their water. John Colquhoun was the principle dental officer for Auckland, NZ in the 1960s and 1970s. He promoted fluoride until he came upon the complete record of tooth decay in NZ and found no difference between fluoridated and non-fluoridated cities, with a large amount of dental fluorosis in fluoridated areas. Fluoridation has therefore been rendered useless. Colquhoun spent the rest of his life promoting his opposition towards fluoride. Colquhoun is one minority who was able to admit to his mistake and right his wrongs. Yet this is not so easy for authorities who stand to lose revenue, dignity and trust from the population.

What should we do?

Take the advice of these educated individuals and not from the government or dentists whose main initiative is to make money. Since our health and safety is the only thing we can protect for years to come, we are not helping our chances at a long and healthy life, by ingesting a toxic chemical, which has the potential to harm our future. For the people in India the problem is easily solved they don’t want the fluoride and employing filters and safer water supplies will fix their problem. However the fluoride in our water is intentional and therefore a large movement in the population to collectively banish fluoride from our tap water is the only option. The key focus to preventing tooth decay should be the education of oral hygiene and eating habits including the limitation of sugar, junk food and sweetened soft drinks. It is time for the government to admit its faults and do what is right for the future of our communities. The battle to get fluoride out of our water systems is not an easy one, but it is one that has already begun, with Hamilton being the latest city in NZ to eliminate fluoridated drinking water from their water supply with a tribunal of 7-1.